Dogs could be so violent, that many of these are illegal in different countries, here are the most the illegal dog breed the round-the-world. Japanese Tosa is a dog breed of Japanese origin. This is a rare breed which was originally bred in tosaka shikoku. This is the only breed of dog that is still being used in Japanese personal protection. Generally ptosis way between 35 and 60 kg, their appearance comprises of short coats blocky heads and thick muscular next the toaster has a thunderous Roar, ptosis are mostly used as guard dogs ownership is restricted to certain countries such as, Australia Malta Norway, Iceland, and Denmark. As the Japanese Tosa is considered a dangerous animal. 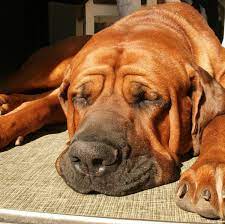 American Staffordshire Terrier, referred to as staff or an Amstaff the American Staffordshire Terrier can be excellent as both a personal companion and a family dog. In about 31 kg the creature has a medium height at a muscular build. This dog is considered a powerful dog and it does possess a natural tendency for aggression American staffordshire terriers have powerful jaws and a single bite from one of these can leave you seriously injured, as a result this breed is generally banned in most regions of the world this dog is banned in Germany, Switzerland, and Bermuda Islands also have restrictions in Spain, Ireland, France, USA and many other countries.

Fila brasileiro also known as the Brazilian Mastiff the Fila brasileiro was developed in Brazil. This dog is known for its superb tracking ability aggressiveness and an unforgiving impetuous stop what’s unique about this dog is that rather than attacking its prey it traps the prey and then waits For The Hunters to come quality certainly making a near perfect guard dog or a hunting. Those typically weigh between 52 and 80 kg and have a height of about 65 to 70 CM this dog is a hunter by nature and anyone unknown to the creature will feel its Terror the Fila brasileiro is banned or restricted in UK, Australia, New Zealand, Norway and Denmark.

American bandogge are strong muscular Fearless, which were developed in Britain to participate in big games like boar-hunting. This dog breed is as hybrid a bulldog and a Mastiff it is hence not recognized by most mainstream kennel clubs like the AKC Bill. The band dog are friendly and obedient they are energetic dominant and courageous dogs that need a firm and expert owner who can provide them sufficient mental and physical exercise. Also these dogs very aggressive to other pets and dogs and must be socialized at an early age, this dog is banned in Italy, Switzerland, turkey, Bermuda Islands, Venezuela, Ukraine, and Belarus. Akita Inu, as the name suggests was originally bred in Japan to guard Royals and hunt bears. Akita Inu start a large and Powerful dogs that are known to possess uncertain temperaments, they love to go on walks and are affectionate and well-behaved have trained well however without the proper training. Akita Inu can cause immense harm that is why it is banned in several regions and countries. Akita Inu is banned in Bermuda islands , Singapore ,have restrictions in Spain, Ireland, USA, and Ukraine. Boerboels, now this is a dog that can definitely buy bread and South Africa, the boerboels is a large Mastiff type of dog breed the breed was originally bred for the purpose; of guarding the homestead and working the farm the burbles way a staggering 65 to 90 kg and has an average height of 70 CM, unfortunately there have been numerous reports of cases where this dog attacked its owner and other animals it’s best to handle and train. The Boerboel with caution dog breeds have banned in France, guitar, Malaysia, Switzerland, and Mauritius restriction in Tunisia, Denmark, Singapore, Romania, and Faroe Islands. 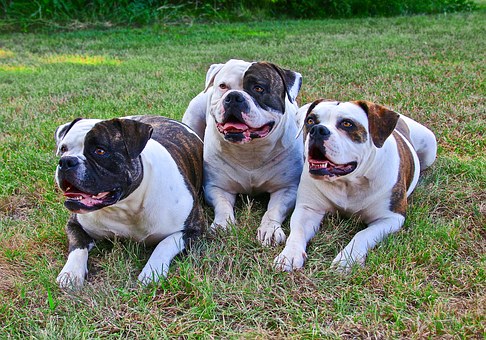 American Bulldog is a large breed of utility hailing dogs it is a descendant of the now-extinct Old English Bulldog wearing about 32 60 kg and having a high 52 71 CM. You would think that this dog is a great companion and family pet, however a study conducted in 2016 shows that 6% of dog related fatalities in the United States. were related to the American Bulldog on paper the breed seems less aggressive and more docile than some of the other dog breeds, but as with all pets it is essential that an American Bulldog be raised with care and respect, this dog is band or need special permit in countries. 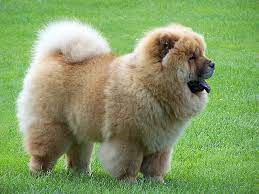 Quan which translates to puffy lion dog with a weight of 25 to 32 kg this dog truly seems like a giant fur ball, but don’t get fooled by its appearance, the chow chow has an inherent hostility toward smaller animals Chow Chows are protective creatures and need to be properly trained at an early age 1 of the fact 4 band of this dog breed has a reputation for being unfriendly and territorial, is banned in most of the capital cities in USA and restricted in Bermuda and United Arab Emirates. wolf dog ever wanted to own a wolf as a pet, well you can’t but that’s not to say that it’s impossible to own a hybrid the wolf dog is a canine. that is produced of a domestic dog, and a wolf the wolf dog appears similar to a wolf and possesses evolutionary trade similar to a dog. wolf dogs are more docile, but not as aggressive or as dangerous as pure wolves wolf dogs need to be trained and handled with caution at all times. Wolf dog is banned in Finland, Norway it’s also restricted in many cities in USA. 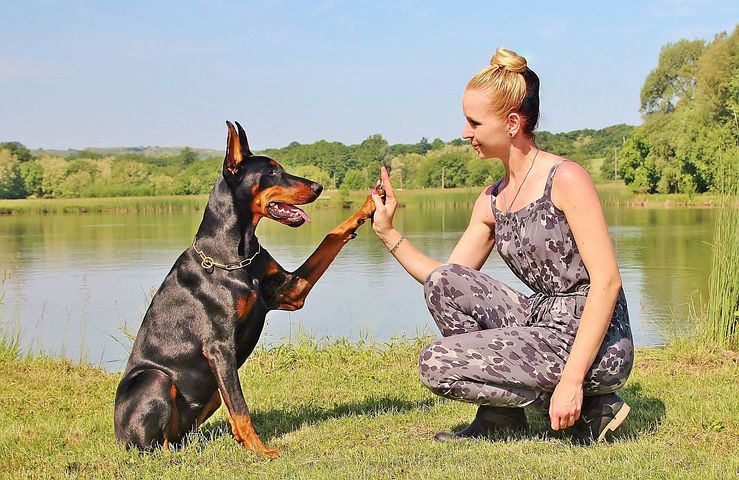 Doberman Pinscher in the study that was recently conducted to determine whether there is a breed difference and aggression the Doberman drank a relatively high on Stranger directed aggression this shows the Doberman usually becomes aggressive; when promote the breed was originally developed around 1890 by Carl Fredrick Louis Doberman a tax collector from Germany the Doberman Pinscher has a muscular and intimidating appearance with a height of 68 to 72 cm, and a way to 40 to 45 kg this dog is generally hostile toward strangers only this dog is restricted in Ireland, and need special permission in Spain, Romania, Presa Canario, the federal de Presa Canario. 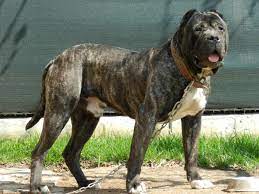 Canary Mastiff, is a large muscular type dog this breed of dog was originally bred in Canary Islands for working livestock, these dogs with 25 to 50 kg and have impressive hides the Presa Canario is known to be a jealous. Hence it should be kept as a single household pet from 1982 to 2014 there have been numerous reports of attacks against children by the Presa Canario this dog is a temperamental creature and needs Special Care from the owner. This dog is banned in Australia, Singapore, New Zealand, and Poland perro. The Rottweiler is a breed of domestic dog, which includes medium to large sized dogs the dogs are known in German as Rottweiler Metzger, out meeting Rottweilers butcher’s dogs the dogs were given this name because back in the day these dogs were used to herd livestock and pull carts Laden with butchered meat to Market weighing 50 to 60 kg with the height of 61 to 70 CM. Dogs are truly a force to be reckoned with Rottweilers are responsible for the second-highest number of Sirius dog attacks in the United States. Now that’s scary Rottweilers is banned in shade or and the Bermuda Islands also restricted in Ireland, Portugal, Romanian, Singapore.

Bloodhounds, are widely known for the column and gentle. temperaments however they are descendants of hunting dogs a fact which scares many people the way weighing 41 to 50 kg with a height of 64 to 69 CM. These dogs make appropriate hunting companions however, before you can keep Bloodhounds as pets you need to train them excessively the dogs are energetic with high stamina, and they require proper daily exercise, they also need to be taught how to socialize with others, otherwise they can get hostile these creatures also tend to get unpredictable, when they are in unfamiliar environment that sure is a lot of maintenance, if you ask me this dog is band or need special permit in countries like Italy, turkey, Venezuela. 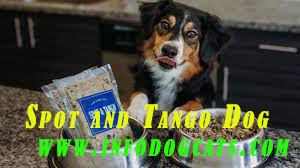 42 Comments on “Most Illegal Dog in the World”